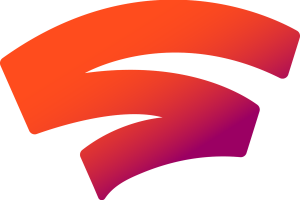 Hadoken your way through gaming history with Street Fighter 30th Anniversary Collection, available today for PlayStation 4, Xbox One, Nintendo Switch and Windows PC. This collection of 12 arcade-perfect Street Fighter games encapsulates a walk down memory lane with the video game phenomenon that impacted arcade culture, established the fighting game genre, and paved the way for esport events such as Capcom Pro Tour.

READY? Mega Man 11 Charges Up with New Features for an October 2018 Release

London, England – May 29, 2018 – Raise the Sword of Vermilion™ with Shining Force™ as a retro Phantasy has become reality! Today, SEGA® Europe Ltd. is pleased to announce the launch of SEGA® Genesis Classics™ both digitally and physically for PlayStation® 4 and Xbox® One with the PC collection on Steam receiving a free update bringing parity with the console versions. The physical edition is available from select retailers* and comes complete with a double sided Golden Axe™ and Streets of Rage™ poster.

SO SAY WE ALL!

DRADIS contact! The Toasters are not the only enemies you will meet in deep space. Discontent and pessimism spread through the colonies already under Cylon attack, and civil war is closer each day. Meanwhile, a strange request comes from Aquaria: it’s the start of a chain of events that could change the tide of the war.

Get a behind-the-scenes look into the making of Smoke and Sacrifice along with brand-new gameplay footage.

Escape the zombie apocalypse in the acclaimed road trip action-RPG

London, United Kingdom  - May 8th, 2018 -  Independent publisher, UKIYO Publishing, in partnership with Rocketcat Games and Madgarden, are proud to announce that the randomly generated, zombie-filled road-trip. Death Road To Canada is available now on Nintendo Switch, PlayStation 4 and Xbox One. Players will be able to take the highly esteemed, cadaverous journey from Florida to Ontario, soaking up its immaculately gruesome pixel-art take on the undead apocalypse.

London, United Kingdom - May 4th, 2018 - London-based independent studio, Solar Sail Games, and award-winning publisher, Curve Digital today announce that the stunning, hand-animated survival RPG Smoke and Sacrifice, is set for release on May 31st on PC and Nintendo Switch™, with PlayStation 4, and Xbox One editions to follow in 2018. Set in a darkly fantastical world where grotesque creatures roam and harsh societal customs rule, players assume the role of Sachi, a young mother on a quest to discover the fate of her child.

Gain Access to All Four with a Season Pass!

Burlingame, CA. – May 3, 2018 – Natsume Inc., a worldwide developer and publisher of family-oriented video games, and Rising Star Games, European video game publisher and long-standing partner of Natsume, today announced that its upcoming title, Harvest Moon: Light of Hope Special Edition will have four DLC packs released following the game's launch on PlayStation® 4 computer entertainment system and Nintendo Switch™ on May 29. Harvest Moon: Light of Hope SE Season Pass grants access to all four upcoming DLC packs at a discounted price. The season pass is $9.99 and will be available digitally day of launch. Harvest Moon: Light of Hope SE Bundle is available through the PlayStation® Store and Nintendo eShop that includes the full game and the Season Pass for $49.99.