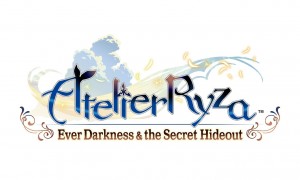 KOEI TECMO America and GUST Studios unveiled exciting new gameplay details to their upcoming title, Atelier Ryza: Ever Darkness & the Secret Hideout. Not only will aspiring alchemists find a revamped battle system as they set out on their journey with teenage tomboy Ryza and her mischievous group of friends, but they will also be able to obtain special new gathering locations to explore and share.
Throughout their search for adventure, Ryza and her party will discover exotic new locations – including those they have made themselves. In Atelier Ryza: Ever Darkness & the Secret Hideout players can obtain special bottles, which can be combined with other items in the game’s synthesis system to create an abundance of new gathering locations overflowing with raw materials. Depending on which ingredients are used in the synthesis process, the environment can drastically change. For example: Plant Essence can create a fantastical forest area; while a Bomb can create a dangerous volcanic field overflowing with lava. Once the environment is created, a unique four-character password is attached to the area, which can then be shown off and shared with friends or across social media - enabling other gamers to explore the exact same area.
Inhabiting these breathtaking locations are creatures and enemies Ryza and her friends will need to fight. Using a newly revamped Real-Time Tactical Battle system, battles will now progress even while character actions are being chosen. In Atelier Ryza: Ever Darkness & the Secret Hideout, performing skills, critical attacks, or using abilities outside of the player’s turn through the Quick Actions technique will drain the player’s Action Points. These points are shared between all party members, so it is extremely important to use them strategically in battle to gain the upper hand. As the AP gauge is filled, players will also increase their in-battle level known as Tactics Level. The higher the Tactics Level a party gains, the more powerful attacks they can use; also enabling special combos to be performed. 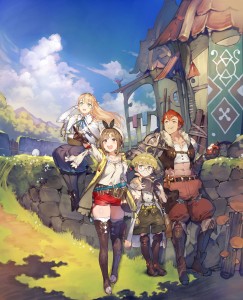 Throughout battle, party members will also be able to give Action Orders to other members of their party. These orders will ask the player to perform specific actions such as “perform a physical attack.” If the order is followed, the character which gave it will perform a follow-up attack with a powerful skill – and this ability does not consume any AP; allowing players to use them at will to deliver strong blows to help defeat even the most ruthless of enemies.
To showcase these exciting new gameplay features, KOEI TECMO America released a spell-binding new trailer, alongside a fresh batch of images to help give gamers a greater of idea of the exciting new battle strategies they will be able to utilize in the heat of battle.
Atelier Ryza: Ever Darkness & the Secret Hideout is slated to launch on October 29, 2019 for the Nintendo Switch™, PlayStation®4 Computer Entertainment System, and digitally on Windows PC via Steam®. For more information on the upcoming game, be sure to check out our official website https://www.koeitecmoamerica.com/ryza/, Like us on www.facebook.com/ateliergames and Follow us on Twitter @koeitecmous.