Woolfe delves into the darker side of fairy tales, adapting the beloved story of Little Red Riding Hood into one of industrial greed, murder, and a daughter's revenge. After being highlighted at the Microsoft and speeding through Steam Greenlight, the developers are turning to Kickstarter to give Woolfe a boost for it's newfound audience.

August 5, 2014, Antwerp, Belgium - GRIN today released a new trailer for Woolfe: The Red Hood Diaries; a cinematic platformer full of drama and dark twists, coming to PC during Q1 2015, and Xbox One and PlayStation 4 Q2 2015.

The new video reveals the origins of Woolfe’s creation when, two years ago, aspiring game developer Davy Penasse applied for a 3D artist job at Belgian-based indie studio GRIN. While Penasse was unsuccessful in securing that position, the team at GRIN were blown away by a short, 3D demo at the end of Penasse’s portfolio. Featuring a stylized Red Riding Hood character attacked by evil living trees in a dark enchanted forest, this 10-second clip became the starting point of what would eventually become Woolfe: The Red Hood Diaries.

The story of Little Red Riding Hood has been told in various forms since the 10th Century, but Woolfe’s interpretation is a dark fantasy revenge story far beyond a modern fairy tale. Following the death of her father, Red dons a cape, picks up an axe and faces her worst fears in a bloody vendetta against the evil B.B. Woolfe, CEO of Woolfe Industries.

GRIN has also launched a Kickstarter campaign for Woolfe: The Red Hood Diaries to help the small indie studio take the game to the next level. The core gameplay is already in place, but additional funding will help GRIN add new features and mechanics, including magical powers for Red that would compliment her current melee combat abilities. Among the many rewards on offer, backers will be able to customize their own Toy Soldier; part of the robot army employed by B.B. Woolfe to enforce his iron rule. The Woolfe: The Red Hood Diaries Kickstarter campaign has a funding target of $50,000 and will run until September 4, 2014. 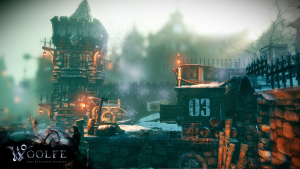 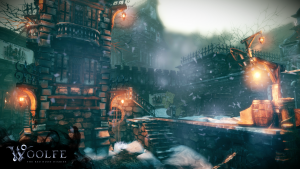 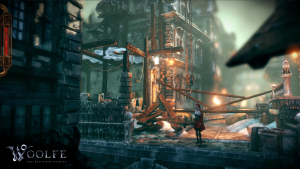 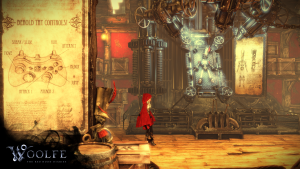 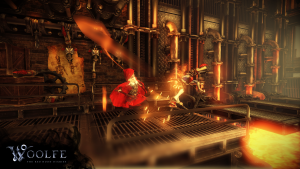 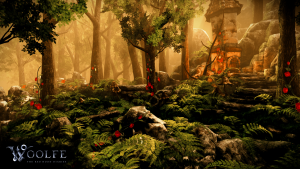 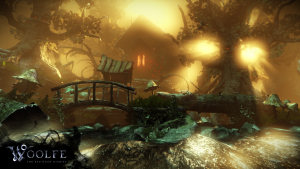 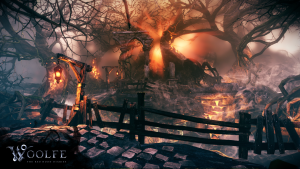 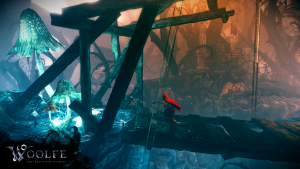 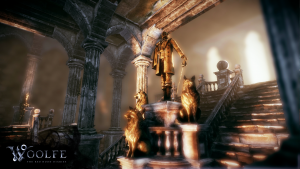 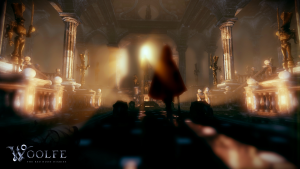 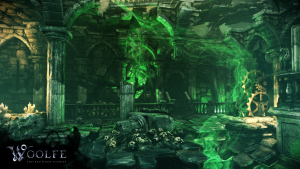 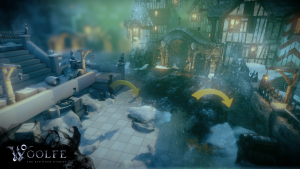