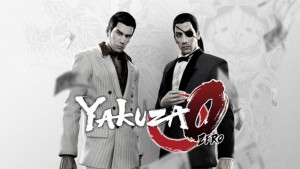 The Yakuza series has been one that received its fair share of entries with its narratives, adrenaline-filled combat and provocative drama. In recent years, SEGA delighted fans by announcing that Yakuza 0 would be localized for the West with more confirmed Yakuza titles on the way. Originally released in Japan in March 2015, Yakuza 0 has finally arrived to Western shores and not a moment too soon as it is one of the best entries in the Yakuza series.

As the name suggests, Yakuza 0 is a prequel to the series and follows the story of two gentlemen involved in Japan’s notorious criminal syndicate: Kazuma Kiryu and Goro Majima. The events take place in December 1988 in Sotenbori and Kamurocho, a fictionalized world of Osaka’s Dotonbori and Tokyo’s Kabukicho Shinjuku Golden Gai areas. Kazuma Kiryu, a young member of the Dojima Family tasked to collect an overdue payment for a relentless loan shark. Shortly after delivering the money and receiving payment, Kiryu is accused of murder when his assigned target is found dead in a vacant lot with a bullet wound to his head. He quickly unravels a deadly conspiracy and fights for survival to find the perpetrator responsible and prove his innocence in the face of adversity against the family’s lieutenants: Kuze, Awano and Shibusawa. With his boss and mentor, Kazama in prison, Kiryu vows to do what it takes to protect Kazama and clear his own name apart from the Dojima Family, one of the most powerful yakuza organizations under the Tojo clan. In the case surrounding Goro Majima’s life, he is a former yakuza and manager of the Grand, the most popular play spot in Sotenbori. Famously known as the “Lord of the Night”, Majima possesses what a lot of men desire: wealth, women and status but unknown to the public, he secretly waits to rejoin the Tojo clan after expulsion for the Ueno-Seiwa hit in years prior for directly defying orders from his superiors. With a sudden change of heart when asked to assassinate a target, he seeks answers as to why the target is being hunted. 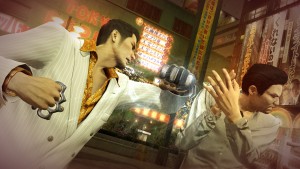 Kiryu and Majima have their own unique fighting styles that impact the game based on the set criteria of: Power, Balance and Speed. Kiryu is equipped with the Brawler, Beast and Rush styles while Majima conversely, is a master of the Thug, Slugger and Breaker styles. Investing in Kiryu and Majima is key to learning and unlocking new abilities that is the literal meaning of “Money is Power”. Defeating your enemies rewards you with cash spoils and the stronger you are, the more Japanese yen that is earned. Finding ways to alternatively make money is vital as many of the high level abilities falls within the range of tens to hundreds of millions of yen. The abilities on the outermost perimeter on the skill leveling system can be unlocked as you progress through the game with your blood, sweat and tears. You are free to switch between your chosen fighting style at any time with the total amount of yen spent and invested in your preferred style of combat. Should you ever encounter the fearsome enemy, Mr. Shakedown, it leads immediately to a “fight or flight” situation with all of your cash stripped away if you lose to the large titan. As an opportunity for redemption, you can regain your lost earnings and more if you challenge Mr. Shakedown and emerge victorious. 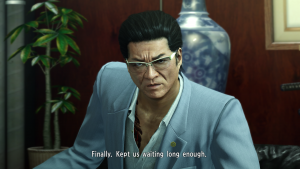 There are no shortage of fun activities that fall outside the main story that includes: Coliseum, Fishing, Mahjong, Darts and Billiards, Shogi, Karaoke, Bowling, Disco Bar, Pocket Circuit and Hi-Tech Land: SEGA. Much of these diversions require time and money to master but the payout is well worth the investment. In the case of Shogi, money is not necessary but gifts are still given as rewards for successful games. Pocket Circuit involves you customizing a tiny model car and racing against other adults and car enthusiasts. As for Hi-Tech land SEGA, you can relive the glorious retro days on the arcade scene with Space Harrier, Fantasy Zone, Out Run and Super Hang-On. The worlds in Yakuza 0 are fully immersive thanks to SEGA and their detailed touches to bring to life the prosperous times in Japan around the real estate era. You can also discover many substories of the exciting lives of citizens ranging from the comical to the outright bizarre. It is easy to lose yourself and be sidetracked from the main plot with many places to go and people to meet.

Plenty of distractions and side missions await players in this open world game. You may opt to collect telephone cards or appeal to your Casanova side by helping actresses with their personal issues. With respect to the night life, Majima is the cabaret club manager who is competing in Sotenbori against five other managers eager to drive him bankrupt. You can train your hostesses, boost customer service levels and scout to recruit others to your establishment. There are ample opportunities to challenge your rivals to a cabaret club battle and even attend a catfight arena to watch a live roshambo fight between tough female fighters in a tournament. Fancy lights and the thrills of gambling at the casino is another venue to place your bets, risk it all or to make a tidy fortune. An enigmatic fellow by the name of Mr. Moneybags may appear time to time to advise you on tips and secrets to managing your money and investments. As Kiryu, you can take on the Five Billionaires to dominate and control the lucrative real estate market for some serious coin. 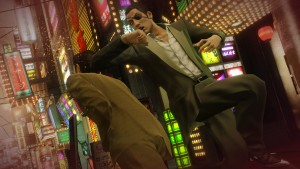 Visually speaking, Yakuza 0 is a gorgeous game. The shops, interior stores, streets, cabaret clubs, arcades, casinos are vibrant and aesthetically appealing. It is easy to forget you are playing a game as the cutscenes with numerous characters are convincing and lifelike. Some of the encounters are truly reminiscent of Japan in the late 80s era from the clothing styles down to the thoughts and behaviors of everyone you interact with in person. Recalling what the Yakuza series was like in the PS2 and PS3 era, the game’s cinematics in Yakuza 0 is truly something to behold.

Yakuza 0 raises the bar for the series with its narrative, addictive combat and massive worlds to explore. Those new to the series will find this to be the perfect starting point with a compelling narrative detailing the lives of Kiryu and Majima and their humble roots. Dedicated fans will not be disappointed by this prequel that has much to offer with its combat, side-quests, substories and intriguing cast of characters. I was completely drawn by Yakuza 0 and found it difficult to put down right from the get-go. Yakuza 0 will leave you wanting for more and will satisfy many players until the anticipated worldwide release of Yakuza 6. 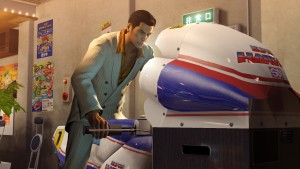 This review is based on a digital copy of Yakuza 0 on the PlayStation 4 provided by SEGA.