The main storyline of Refrain revolve around the mystical island of Alfheim, once the domain of the divine force Deus. For a considerable time, the high elves lived in harmony with the dragons with Rune songs bridging the communication between them. As Deus was lured by the conquest of world domination, civil war broke out as the elves were divided into two factions: those that followed Deus and those that sided with the dragons. After centuries of chaos and bloodshed, Deus was sealed away by the dragons but at the cost of the once thriving holy island reduced to a desolate wasteland, turning Alfheim into a shadow of its former glory. Yuma Ilvern, a young man possessing the soul of the legendary Shining Dragon, is targeted and imprisoned by the Empire for malicious and cruel experiments. A rescue mission carried out by Sonia Blanche, the Astorian princess and Kirika Towa Alma, a Diva Magica with the inherited ability to commune with Dragons, finds Yuma narrowly escaping his captors. After a brief meeting with King Albert and Captain Burroughs, Yuma aids the kingdom of Astoria as he becomes a key player in the longstanding war between Astoria and the Imperial Empire. 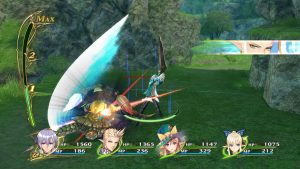 Combat is seamless as they occur in real-time action battles upon engaging the enemy. Be they monsters or enemy soldiers, you can run into them to get the advantage with character attacks and Force abilities at your disposal. Regular attacks consume action points, displayed as a green ring around your character to keep you on your toes as you alternate between offensive and defensive tactics. Much as the name suggests, Break Attacks allow you to strike and “break” an enemy’s defenses, leaving them vulnerable to subsequent attacks for a short period of time. Force abilities are powerful attacks that consume your MP gauge that gradually refills by landing attacks on enemies. You can combine Break Attacks and Force abilities to deal heavy damage to your enemies and break their defensive tactics. Orders can be issued to party members via conducting as a group or individual conducting to heal or focus their attacks on a single enemy. If you find yourself in a pinch, you can turn the tide of battle by transforming Yuma into a powerful dragon by unleashing Dragonshift on your enemies. Be warned that Dragonshift comes with the risk of losing control of Yuma if he goes berserk.

Performing Rune songs grants your party special bonuses that are achieved through the B.A.N.D. (Battle Anthem of the Noble Dragoneers) system. A session is initiated when the BPM (Battle Performance Mana) gauge is full with each character showcasing their unique performance. A leader is chosen as the center of the B.A.N.D. session that influences the song effects on the party members. Those wielding instruments of special power, known as Armonics, are participants in the B.A.N.D. session with the BPM meter increasing whenever an attack connects in battle. Trying out numerous B.A.N.D. sessions with different leaders is encouraged to find the song that suits your preference with different effects and a chance to unveil special character outfits. 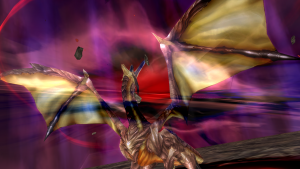 As you progress further into the adventure, Yuma and his fellow Dragoneers can further improve and power up their Armonics. Tuning them can be done to achieve a variety of different types ranging from increased physical strength to higher elemental attributes for an assigned character. The higher the proficiency level for each tuning, the more powerful the tuning becomes. In addition, the Armonics can also be powered up via Aspect pieces placed into the tuning slots. They can be customized and tailored to your liking prior to battle to give your party stat boosts and bonuses.

Building bonds with other characters is done by obtaining traits through interaction with party members, discovering hidden treasures and the storyline progression. Traits are titles assigned to characters to create various types of bonds that can be freely placed or switched within the Bond Diagram. These bonds affect the social dynamics of your teammates in battle from “Eternal Rivals” to “Let’s Go Bro!” and many other combinations. If you invite certain party members to night events, you open up the opportunity to deepen the bond and relationship you have with them. Be advised that the higher the affection levels a character has for you, the more likely they are to accept and respond favorably. Should all go well, you may be asked to join the party member on a date to grow closer to them. 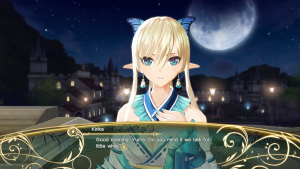 Visually, the game has colorful character designs and vibrant landscapes. It quickly becomes apparent that the title was previously released on the PlayStation 3 as the graphics show their age on the PlayStation 4 system. As the game features dual audio, the true highlight of the game is found in the solid voice acting and charming soundtrack. Conversations that arise between the characters are intricate and engaging thanks to the delivery and personas of your party members. Even talking to the townspeople and NPC characters like shopkeepers and merchants between side quests was entertaining and rarely ever felt like a chore.

Shining Resonance Refrain is a return back to the Shining series that fans have come to know and love. Though it has its fair share of cliché characters and repetitive side quests, the combat combined with Dragonshift and the B.A.N.D. system makes Refrain a thoroughly fun and delightful adventure. Moreover, the bond building and character development does a great job of keeping players hooked after many hours of gameplay. Shining Resonance Refrain is an enjoyable and charming title not to be missed. 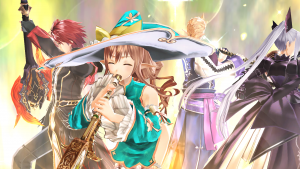 This review is based on a digital copy of Shining Resonance Refrain on the PlayStation 4 provided by SEGA.