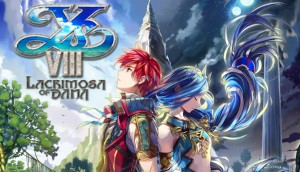 In the gaming industry when it comes to the longtime Japanese developer, Nihon Falcom, the two most prominent titles that come to mind is the Ys and The Legend of Heroes series. The latest entry in the Ys series marks its triumphant return after eight years with Ys VIII: Lacrimosa of DANA coming to the PS4, Vita and Steam. After an extended wait and years of anticipation from Ys series fans, Lacrimosa of DANA brings us back to the beloved Ys series for another grand adventure.

The story unfolds aboard the passenger ship, Lombardia headed on a journey towards Eresia with lead protagonist: Adol Christin. Adapted from one of many journals entitled the Periplus of the Gaete Sea, he diligently fulfills his duties as security patrol officer before the Lombardia is attacked and capsized by a gigantic sea creature. Adol awakens on the shores of the accursed Seiren Isle that according to legend, no one who has ventured there has ever returned. After building a tiny village and banding together with other survivors to repel the beastly Ancient Species threat, he analyzes the situation to make sense of his predicament. Eager to find answers to his dreams of a mysterious blue-haired girl and a fabled lost civilization, he explores the island to discover its hidden secrets. 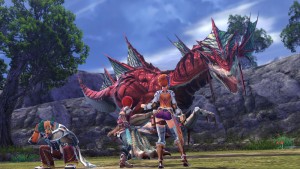 You take the reins of Adol as you encounter enemies in the open world with real time combat. Adol can Slash, Strike and Pierce his foes for which you are given the freedom to switch party members amongst your trio of characters in battle. Swords are ideal for slashing whereas the strike attack is more suited for blunt and powerful impacts. Pierce is ideal for mid to long range attacks to target airborne enemies that are otherwise out of reach. Should you attack an enemy’s vulnerability with enough damage, they fall into Break status giving your party the chance to subdue them. Attack skills are mapped to the R button and an assigned button to unleash them in battle. Activating Flash Guard and Flash Move allows you to master the techniques of guarding and evasion and is especially useful in boss fights. As you traverse the Isle and explore every nook and cranny, adventure gear may be found under specific conditions. These items include grip gloves, gale feathers and glow stones that serve a unique purpose to enable climbing, boost speed or provide ample lighting in dark areas.

Each party member is distinct in their fighting styles keeping the combat active and engaging as you switch battles tactics often to take down stronger enemies. Certain skills are unique to a party member and utilizing them at the right time and place is paramount to your survival. With no pre-existing towns to visit from the start, Adol and his comrades work together to build their home base known as Castaway Village. This village is under constant development that lends itself to social interactions, assist requests, blacksmithing, gift events, post and a craft shop as the number of inhabitants increase gradually over time. 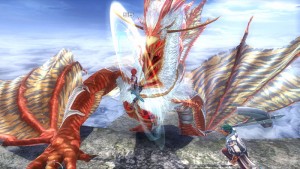 A variety of quests awaits you on the bullet board found in Castaway Village and upon successful completion, grants Adol extra rewards, performance boosts and even new facilities. Some quests involve your efforts to change a resident’s mind, to deliver items or to collect specific materials in question that are needed. You can also partake in fishing on the Isle of Seiren by casting your lure and working hard to get the best catch. Taking note of fish shadows and silhouettes increases your chances but be warned as you may unexpectedly lure in an aggressive marine beast and initiate a battle. Sharing your prized catch with Shoebill, Ricotta’s superior at Castaway Village may get you a special reward if you earn his approval.

Exploring the Isle of Seiren involves the discovery of beautiful vistas and beautiful landscapes. Time to time, Adol will take notice of gorgeous scenery and these locations will automatically be saved on the world map as Location Points. Little Paro, the village’s messenger, will accompany Adol in his search for new landmarks to obtain valuable information. Leaving Castaway Village is not without its inherent risks as wild beasts on the Isle of Seiren will attack and raid the village in your absence. Raid warnings are given by Little Paro who notifies him and if Adol returns immediately, an interception battle ensues with Adol assisting the other villagers in defending their home base. 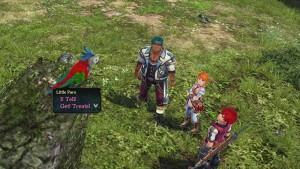 Throughout his travels, Adol shares consciousness with Dana, the enigmatic blue haired maiden from another time and world. The shared visions and dreams occur when Adol discovers an embedded crystal within an emblem and touches the bright solitary crystal. Landscapes and barriers may be altered when you take control of Dana and cross over into her world. The blue haired Dana is the female protagonist within Adol’s dreams in which her true identity and purpose is unknown and shrouded in mystery. When Adol regains consciousness, previous areas that were out of reach can be explored to further unravel the truth behind the Isle of Seiren. 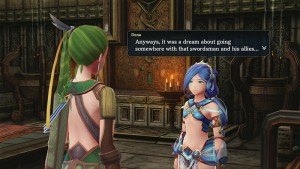 Visually, the game looks very detailed with the character designs reminiscent of the earlier Ys games with solid graphics and stunning environments. Much of the anime-style influences can be found throughout the game for Ys series veterans with a subtle and great soundtrack. As the game revolves around the Isle of Seiren, the mood and atmosphere portrayed by the different tunes from the adventurous to the hauntingly beautiful is a definite highlight of this game.

Ys VIII: Lacrimosa of DANA is the Ys title that RPG fans and series veterans have been waiting for.  It is not an exaggeration to say that Ys VIII has grown much from its predecessors while retaining the adventurous heart and charm the Ys series is known for. With the recent release of Ys Seven and Ys VIII: Lacrimosa of DANA slated for release on the PS4, Vita and Steam, there is no better time to join the party and become a Ys series fan. Lacrimosa of DANA is a memorable adventure with engaging combat, gorgeous visuals and a beautiful soundtrack that is highly recommended. 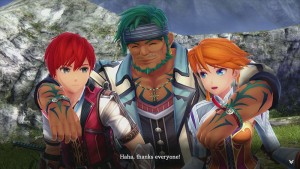 This review is based on a purchased copy of Ys VIII: Lacrimosa of DANA on the PlayStation 4.