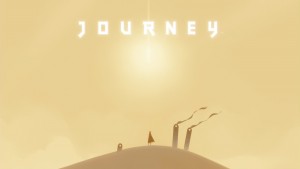 Journey is a game widely recognized for its outstanding visuals, intuitive gameplay and emotionally driven experiences. Originally released in 2012 on the PlayStation 3, the indie adventure game was developed by thatgamecompany, credited for creating other great titles like Flow and Flower. After several years as a PlayStation exclusive title, Journey was ported over to the Epic Games Store and iOS in 2019 for the PC and mobile gaming community to enjoy. The game is currently slated for release on Steam for June 2020.

Journey is a title that is difficult to put into words as it’s a special experience that inspires themes of perseverance, companionship and reincarnation. For some, it may be an emotional voyage of self-discovery as you wander and traverse the desert sands in pursuit of a life goal. Perhaps, it could be about the joys and perils of human interaction in a desolate world or what it truly means to rely on one another in times of suffering and despair. The interpretation lies solely in the eyes of the viewer as this game paints a beautiful narrative of tragedy and adventure. Trying to accurately describe Journey in a few sentences is an injustice to the game as it needs to be truly felt to be understood. Traversing towards the light at the mountain top is different each and every time as no two experiences are completely alike or identical in nature. 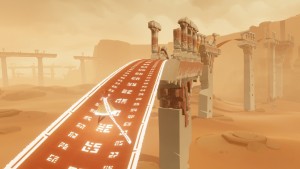 As a wanderer with a protective cloak, your scarf gifts the power of flight that is limited only by the scarf itself. The starting cloak is a dark red-orange color with veterans sporting a special white cloak that is more visible from far distances in open areas. Along the way, you may encounter other players with whom you can recharge and revitalize one another’s scarves. If you are separated from your companion, it is possible to meet another player along the perilous journey. Musical notes can be heard from a distance if one is calling to you with a shining white light outlining the bottom portion of the screen. Whether you are traveling solo or with company, you will encounter glowing white symbols that extend the length of your scarf. It’s not a requirement to locate them all but the more you discover, the longer the scarf that gracefully adorns your robed wanderer. This comes in handy in the latter part of the game when you attempt to cover as much ground as possible. 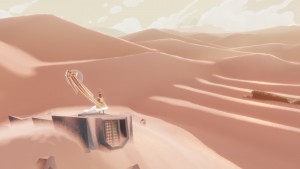 You can walk and fly through the different areas of the game at your own pace. The greatest sense of urgency comes when you are in immediate danger with the option to move stealthily away from all imminent threats. This is especially apparent when you travel with a companion in the absence of any dialogue, user interfaces or menus typically found in most games. Your sense of awareness is heightened as you wander from Point A to Point B with careful attention given to your immediate surroundings. Not all white symbols and glyphs are easy to find with many of them hidden and located off the beaten path throughout the various landscapes. Just as your companion calls out to you with a musical chime, you also are gifted with one to be used to call out to other players and friendly creatures. A stone monument is found at the end of each level with the glowing symbols lit to indicate those you have found up to that point in the game. 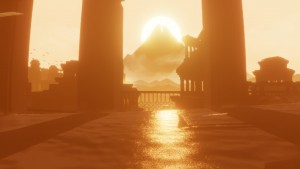 Visually, Journey is a stunning spectacle and a marvel to behold for the eyes. The desert sands, underground caverns and other environments showcase the real power and visual fidelity of the PlayStation 4 with a smooth 60 frames per second rate. The enhanced visuals are breathtaking when you observe the dynamic lighting, shades and special effects on the PS4. Movements and aerial gliding are natural and fluid in this gorgeous and beautifully detailed game.

Journey is a game that has managed an incredible feat: it’s just as captivating and endearing now as it was during its original release. As a minimalist title, it is one of the finest to ever grace the gaming industry with its stellar visuals, phenomenal soundtrack and intuitive gameplay. Without a doubt, Journey is the definitive console version to own on the PlayStation 4. It might be short but it truly is one of the greatest games ever made that deserves your undivided attention. 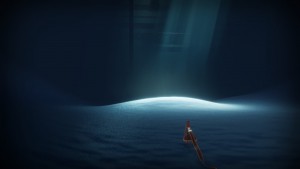 This review is based on a purchased copy of Journey on the PlayStation 4.